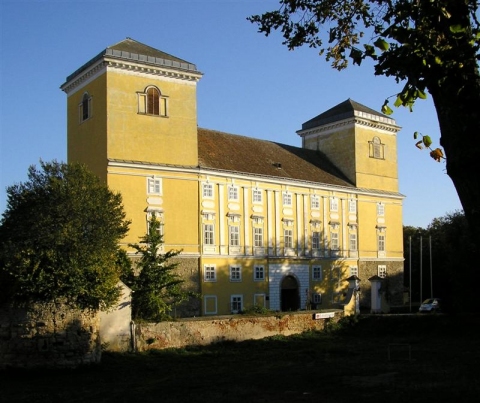 Since 1989 FLUSS has been presenting, researching and scrutinising the multifaceted meanings and relations of photography as an artistic medium, in recent years also increasingly incorporating the new media. Through exhibitions, lectures, workshops and not least the annual summer school “Weinviertler Fotowochen” in the castle of Wolkersdorf in the Weinviertel, through numerous cooperation projects with European partner organisations and with presentations at international festivals, FLUSS has made a name for itself that extends far beyond the boundaries of the province, and in 2008 was awarded the Prize of Recognition of Lower Austria – for presentation and promotion of contemporary fine art (non-profit galleries).

FLUSS was founded in 1989 by Heinz Cibulka and Helmut Kandl (formerly Schäffer) as a non-profit association; by now FLUSS has ninetytwo members, mostly photo- and media artists, photographers and cultural faciliators, whose objective is to encounter photography (including the new media) in a socially and artistically meaningful way. Whereas the activities of FLUSS mainly were shaped by Heinz Cibulka during the first dozen of years, the artistic programme since 2001 has been curated by the alien productions team.